The Ross Family: A Legacy at Saint Columbkille 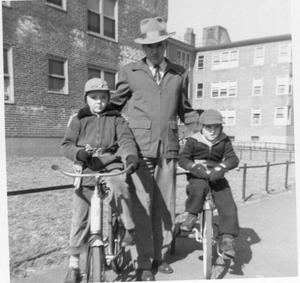 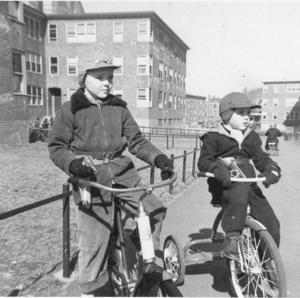 My grandfather George F. Ross left Scotland in 1898 and came to Brighton in 1921. He married Delia Melia (from Ireland) at St. Columbkille Church, after George (a Protestant) agreed to raise their children Catholic. They had eight children, one of whom was my father, George A. Ross. He met his future wife and my mother, Agnes Cleary, during their 12 years at the school. After graduating from Northeastern University and joining the Army Air Corps for World War II, George married Agnes in 1942 at St. Columbkille Church.

In 1950, my family moved into the new Faneuil Street Housing Project, with my father working for the Post Office Department. I am the oldest of their four children and attended Saint Columbkille School for eight years (class of 1958E) before we moved to Milton. At that point, the Ross family had attended Saint Columbkille School for 37 cumulative years! After attending Boston College High School, I graduated from Tufts University in 1967 and then Boston University School of Law in 1970.

I look back with fond memories of living in the Faneuil projects and being taught by the Sisters of Saint Joseph. They were formative years for my parents, my brother and myself. Saint Columbkille provides a strong academic foundation that propels its graduates to additional academic achievement and career progress. I am especially pleased to be able to support the continued vitality and success of Saint Columbkille through a student sponsorship, so that another child can have the same memorable and influential experience that my family had.
Print