Class of ’36 Graduate Remembers Her Years at Saint Columbkille 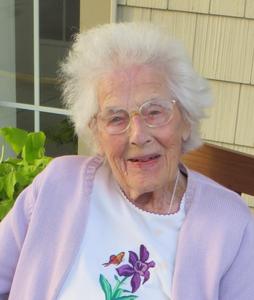 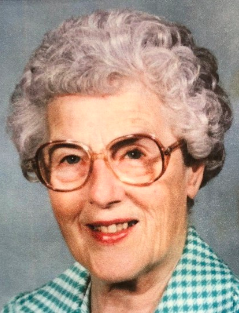 Margaret T. Lynch was a 1936 graduate of Saint Columbkille High School and always spoke fondly of her education here from grades 1 to 12. Her stories include her being a “star” center-forward basketball player (the game is played quite differently today); her theatre productions where she was willing to take on male roles, such as King Herod; and her long walks to and from school every day, rain or shine, to the family homestead at 148 Washington Street. She was awarded a full four-year scholarship to Regis College, but was unable to accept the honor because of her father’s passing in October 1934. She went to work for First National Stores, where she met the sister of her future husband. Margaret married Michael G. Sullivan on September 1, 1941 at the newly formed parish of St. Gabriel’s in Brighton.

Margaret and Michael had four children, two girls and two boys, who were all guided to embrace their education, and each went on to receive a college degree. In fact, Margaret wanted to attend the family’s first college graduation ceremony so badly that she devised a way to secretly obtain her driver’s license and buy the first family car for the trek to western Massachusetts in 1973. The Plymouth Valiant enjoyed many trips to celebrate family events for her four children, nine grandchildren and three great grandchildren.

Margaret was a very active parishioner at St. Gabriel’s. She was the director of the CCD program for 27 years until the parish joined St. Columbkille. She was a Eucharistic Minister and altar server as needed.

Margaret passed away this past July in the Meadow Green Nursing Center in Waltham and would have celebrated her 100th birthday in September. She would certainly want to remind all alumni to be appreciative of the wonderful education they received at Saint Columbkille and to always strive to continue learning throughout life.