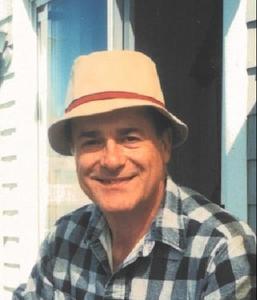 Saint Columbkille alumnus Ralph Auciello '57 passed away in 2019 and is fondly remembered by his family and classmates.

Ralph Auciello was born on October 26, 1939 and grew up on Mapleton Street in Brighton. His parents were born in Italy and he was the third child of a family of six siblings. After his father passed away in 1958, Ralph played a strong father role to his younger siblings, one which they will forever cherish.

Ralph was president of the class of 1957 at Saint Columbkille. He loved the school and felt fortunate to have received a Catholic education. He was captain of the football team and a favorite student of the nuns. In his 8th grade year, Ralph played King Herod in the Cantata, the starring role of the annual Christmas performance started in 1907 at Saint Columbkille.

“We were fortunate to have the upbringing we did and that’s because of Saint Cols,” says Anna Auciello Woods ’64, one of Ralph’s younger sisters. “All of us went on to further education after graduating high school.”

Following high school, Ralph earned a degree in mechanical engineering at Northeastern University. After college, Ralph joined the Army overseas as a first lieutenant, serving for more than two years.

After returning home from the service, Ralph became foreman of Auciello Iron Works, which his father started in 1932 on Western Ave. in Brighton. He worked alongside his two brothers Michael and Anthony '64. The company relocated to Hudson in 1978 and is still located there.

“He was one of the most honest and hardest working individuals that I ever met,” says fellow 1957 classmate John Boyle, a loyal friend for more than 75 years. “He was a born leader, a great person to be around and a wonderful employer; he never wanted to retire.”

Ralph has two children, Justin and Sarah. He has five grandchildren and a large loving family who will continue to remember him always.

Ralph passed away on August 29, 2019, three months before he would have turned 80. He suffered from heart disease and previously had two bypass surgeries and stents put in his heart. Up until the end, Ralph’s mind was strong and clear. His family knew him to be very intelligent and always a problem solver. Ever the hard worker, he continued working at Auciello Iron Works until a month or two before he passed away. Ralph’s son Justin (named for Ralph’s father) now works in the family business with Ralph’s brother Anthony.

“Dad was about the journey, not the end,” said his son Justin in his eulogy at Ralph’s funeral. “Nobody ever had more love to give than Dad. His actions always spoke louder than his words.”

“Generous. Selfless. Big-hearted. Finding words to describe my Dad is difficult, but these come close,” says his daughter Sarah in her eulogy at Ralph’s funeral. “He was one-of-a-kind.”

Ralph’s faith meant a lot to him; he was helpful to everyone and never gave up. Ralph also had a great sense of humor, though his family maintains he was terrible at telling jokes. Ralph’s parents instilled a lot of good values in their children and their family had many blessings.

“The world was a better place with Ralph in it,” says his sister Anna. “He was a life-changing kind of person and stuck with people through thick and thin.”

Thank you, Ralph, for the mark you have left on Saint Columbkille, your family, and this community.