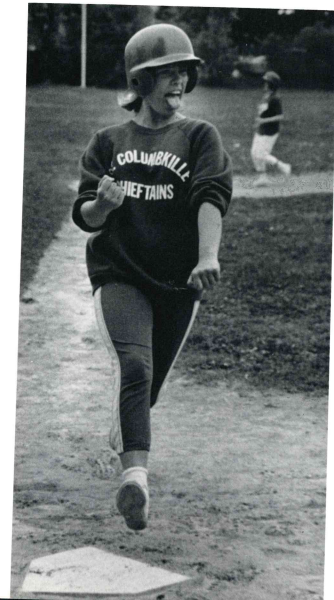 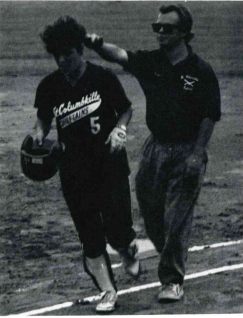 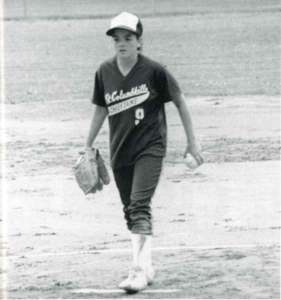 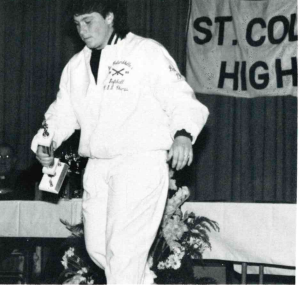 The 1991 Saint Columbkille girls' softball team was the most successful and dominant in the history of the school.

This year marks the 30th anniversary of the 1991 Saint Columbkille girls’ softball team North State Championship. The team was the most successful and dominant in the history of the school, winning four consecutive Catholic Suburban League titles from 1988 – 1991, three Catholic Tournament titles and four consecutive state tournament appearances (12-4) in state games. Overall, the team was 84-11 in those four years!

Coach John Hoffman, a 1979 Saint Columbkille alumnus, fondly remembers those years. He now owns and runs The Fishing Academy, a nonprofit in Brighton that aims to provide young people in the Boston area with the opportunity to experience the outdoors through fishing. Hoffman began coaching the girls’ softball team in 1988 until 1992 when the high school closed. One of the most impressive things about the team, Hoffman recalls, is that Saint Columbkille was a much smaller school than many of their competitors in their league, so their success was even more impressive.

Hoffman played center field for Saint Columbkille for three years in high school. He turned around the girls’ softball team in 1992 with more aggressive coaching, he says, encouraging the players to steal bases, minimize errors and make the play. He took the skillsets of the students on his team and inspired confidence and teamwork.

With Hudson Catholic and Newton Catholic as the team’s biggest rivals, Saint Columbkille worked hard to improve and utilize their speed, determination and heart. Dianna McCarthy (’91) was a pitcher on the team. In a recent email exchange, she shared that Saint Cols was her second home.

“I feel I was not just part of a team with success through teamwork, but an amazing family who would fight to the end for each other,” says McCarthy. “The best part is, every win made us become closer. To this day when we see each other it brings me back to my happy place.”

Dawn MacMillan (’91), daughter of assistant coach Dave MacMillan, played shortstop, held a school record for RBIs and played softball at Boston University. She was voted Most Athletic in high school. She also was selected as an All-Star Catholic softball player.

Tricia Eurglunes (’90) played catcher and was selected as the Most Consistent Batter her senior year with a batting average of .500 and 27 stolen bases. She also threw out 15 baserunners attempting to steal in 1990. She was voted Most School Spirit in high school, as well as Biggest Attitude.

Congratulations to the team on a successful four years of girls’ softball!
Print