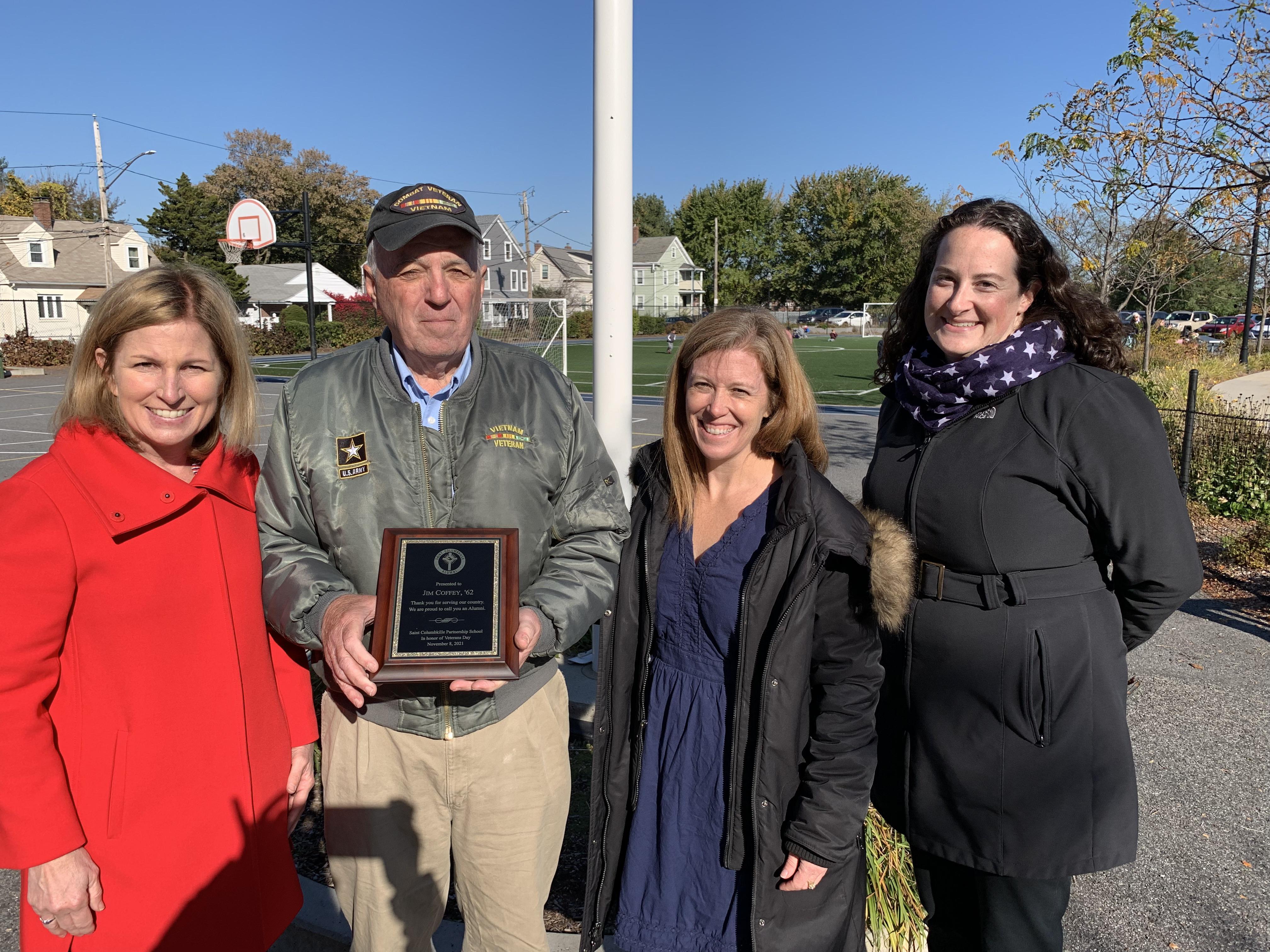 An outdoor Veterans Day ceremony honored the Saint Cols community veterans who have served our country.

For the first time since before the pandemic, the Saint Columbkille Partnership School community gathered altogether for an outdoor Veterans Day ceremony. Parents, teachers and staff, students and alumni joined the ceremony to honor the school’s current military members and veterans for their service to our country.

The ceremony honored Vietnam veteran and Class of 1962 alumnus James Coffey, who recently reunited with his Army unit after more than 50 years apart. Saint Columbkille held a Spirit Day to raise money for Brighton Marine, a local nonprofit organization that helps veterans and their families. A check for more than $750 was presented to Dan Cuddy, Director of Community and Government Relations at Brighton Marine.

Further, students created cards to be sent to active military and veterans, a program that Academic Interventionist Ms. Bartholomew spearheaded. She ensured that the cards were delivered to VA hospitals in the Boston area in time for Veterans Day.

"I have many family members who are veterans and growing up, I would celebrate Veterans Day with my grandpa who was a World War II veteran," says Ms. Bartholomew. "Every year I do something to honor veterans as a way to stay connected to my grandpa and our Veterans Day traditions. The letters and cards are a way to thank veterans for all they have done to keep us safe and it's a good way to teach students about the sacrifices and hard work that it takes to keep our country free."

Thank you to all of our parent and alumni veterans for your service and dedication to our country. Happy Veterans Day!